Menu
Home > news > Thousands of new jobs needed: DRV: Basic pension will not be available by 2021 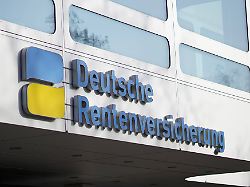 The schedule for the introduction of the basic pension is unrealistic for Deutsche Rentenversicherung. The project "cannot be implemented in a few months," wrote the DRV in its fire letter to Minister of Labor Heil – and expects a lead time of at least two years.
According to the assessment of the German pension insurance, the introduction of the basic pension for low earners on January 1, 2021 will not be possible. This reports the "Frankfurter Allgemeine Zeitung", referring to a letter of the working group staff representation of the German pension insurance to federal employment minister Hubertus Heil of the SPD. Accordingly, "several thousand new jobs" are required, the filling of which could result in the purchase or rental of new office space – predominantly in metropolitan areas – quotes the sheet from the letter. In addition, the technical infrastructure had to be created. "It cannot be implemented in a few months." According to the FAZ, the letter also went to the group leaders of the Union and the SPD. According to the report, the minister said: "We therefore urgently request that the planned basic pension be designed in an administrative manner." The Federal Cabinet launched the pension surcharge for recipients of small pensions on Wednesday. Around 1.3 million low pension recipients are to receive a basic pension from early 2021. Heil called the implementation of the basic pension a "huge effort". Pension insurance employees are faced with a "really big task". 26 million pensions have to be checked. According to the report, the pension insurance is based on the experience with the Riester pension and the mother's pension with a lead time of at least two to three years. The technical requirements for the necessary fully automated data exchange between the tax offices and the pension insurance are not yet in place. According to "FAZ", the staff representative's letter states that the draft law on basic pensions, "the intention of which we share", fills the employees with great concern. The additional workload cannot be compared with previous changes in the law such as the mother's or flexi pension. Almost 26 million pensions would have to be considered, and the regulations for crediting domestic and foreign income are labor-intensive. The need for advice in complicated pension and tax law is increasing significantly. "Even if the tax authorities provide their data electronically for an income check, which cannot be implemented in a few months due to the complexity of the matter and the lack of IT experts, the income situation of numerous applicants who are not subject to income tax or are EU pensioners, be checked by the pension insurance company through its own investigations. "